Here's to a decade of creativity

From our local community to places across the nation over development is an issue that continues to plague the environment. As we celebrate ten years of creativity at Mind Your Design we are also reaffirming our commitment to issues we hold close. One of those is the preservation of open space and natural lands through the United States. For those looking to support the cause, here are ten organizations that need your support to continue their good work.

To date, Heritage Conservancy has facilitated the preservation of over 15,500 acres of open space, farmland, wildlife habitat, and important watershed areas in Bucks and Montgomery counties. This preserved land helps to protect water quality and the quality of life for your community. The Conservancy has also designated more than 600 historic structures on its Register of Historic Places, which recognizes the historic and architectural integrity of the structures that comprise the character of this region.

The Land Trust of Bucks County is a non-profit nationally accredited Land Trust dedicated to the preservation and protection of farmland, natural resources, wildlife habitats, biodiversity, and scenic vistas throughout Bucks County, Pennsylvania.

The PA Wilds Center is a 501(c)(3) nonprofit whose mission is to integrate conservation and economic development in a way that strengthens and inspires communities in the Pennsylvania Wilds. The 12 1/2 –county landscape is known for its two million acres of public land — more than Yellowstone National Park. It also boasts two National Wild & Scenic Rivers, the largest wild elk herd in the Northeast and some of the darkest skies in the country.

At the Open Space Institute, our vision for the future has always been broad — since 1974 we’ve emphasized the importance of supporting conservation on a permanent, landscape scale. We work with government agencies, landowners, and local land trusts to acquire land to protect diverse landscapes; preserve habitat for rare or endangered species; ensure water quality; facilitate wildlife adaptation to climate change; and enhance recreational access. We also protect land from future development while it remains in private hands through conservation easements.

The Nature Conservancy is a global environmental nonprofit working to create a world where people and nature can thrive. Founded in the U.S. through grassroots action in 1951, The Nature Conservancy has grown to become one of the most effective and wide-reaching environmental organizations in the world. Thanks to more than a million members and the dedicated efforts of our diverse staff and over 400 scientists, we impact conservation in 72 countries and territories: 38 by direct conservation impact and 34 through partners.

The Sierra Club is the most enduring and influential grassroots environmental organization in the United States. We amplify the power of our 3.8 million members and supporters to defend everyone’s right to a healthy world.

The National Parks Conservation Association is the voice of America’s national parks, working to protect and preserve our nation’s most iconic and inspirational places for present and future generations. We celebrate the parks — and work tirelessly to defend them — whether on the ground, in the courtroom, or on Capitol Hill.

NRDC works to safeguard the earth—its people, its plants and animals, and the natural systems on which all life depends. We combine the power of more than three million members and online activists with the expertise of some 700 scientists, lawyers, and policy advocates across the globe to ensure the rights of all people to the air, the water, and the wild.

The National Wildlife Federation has been fighting for wildlife since 1936, creating a legacy of programs to protect public lands, reintroduce native wildlife, and ensure clean water runs through our nation’s watersheds.

Open space isn't a luxury but a requirement for the collective good of all who share this earth. We need more organizations, businesses, governments, and people to recognize and prevent the damage we are doing.

There is work to be done

Do you know of other organizations that are fighting the good fight? Drop us an email, we're always looking to expand our horizons and support good people doing good things. 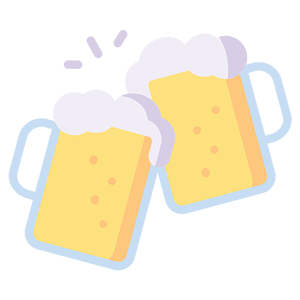 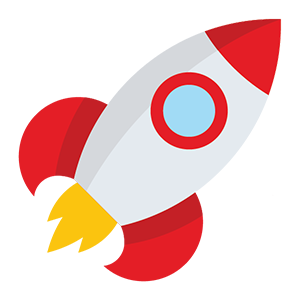